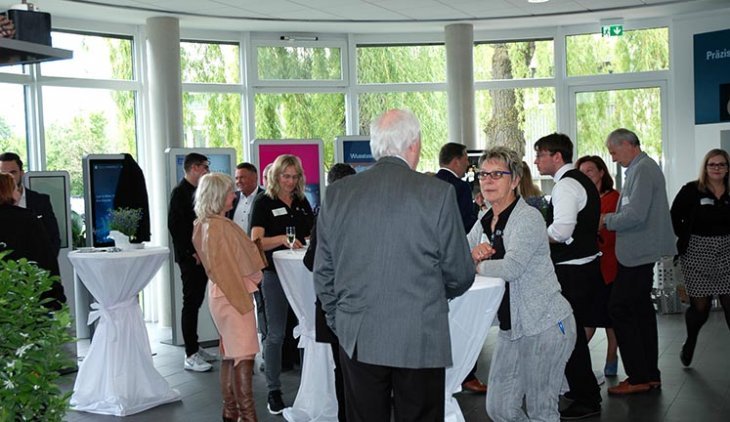 30 years full of commitment, challenges, interesting customer projects and a continuous development of the company - that was reason enough for BVS Blechtechnik and its business partners to celebrate the anniversary. Over 200 customers, suppliers and other partners from the business world visited BVS Blechtechnik on two open days to experience the latest production techniques in sheet metal processing.

Harald Steiner founded the company in Nufringen 30 years ago. There BVS produced the first sheet metal parts for computer housings. In the course of time, countless customers from various industries with a huge range of products for technical applications were added. The move to Böblingen and the takeover of the sheet metal production of Hewlett-Packard in 1995 were major milestones in the BVS company history. Other major developments of the BVS Group include the contacts to the Far East and thus the foundation of the joint venture BVS Chenghua in China, in 2008 as well as the latest expansion with the construction of the BVS Systemtechnik plant in Schwerin.

On the occasion of these achievements, the numerous guests congratulated BVS during the open days at the headquarters in Böblingen, in mid-May. Visitors were able to gain an impression of the entire process chain of sheet metal processing by taking a look at the administration, design and production departments. The guests were particularly impressed by the innovations in bending technology, laser technology, the Zeiss coordinate measuring machine, the assembly area and the modern robots in the powder plant, which demonstrated the vertical range of manufacture at BVS. In addition, the dedicated magician caused one or two astonished reactions among the participants, whose tricks were still being discussed lively during a pleasant refreshment in the marquee. "We thank our guests for the many congratulations on our 30th anniversary. We are very pleased about their great interest in our production facilities and the stimulating discussions at our event. Thank you very much for your trust in the many years we have spent together - we look forward to continuing our successful cooperation," acknowledged Harald Steiner, Managing Director of the BVS Group.

About us
Facts
Milestones